You are using an outdated browser. Please upgrade your browser to improve your experience and security.

With 500 days to go until the FIG World Gymnastics Championships 2022 begin in Liverpool, we are embracing the city region’s creativity with a new competition and ambassador.

New ambassador Paul Curtis is the Liverpool City Region Artist of the Year, whose works have quickly become Liverpool icons. ‘For All Liverpool’s Liver Birds’ on Jamaica Street is one of the most photographed spots in the area, and his work also includes beloved murals for all three of the city region’s football clubs, the Abbey Road crossing on Grafton Street and bespoke work for restaurants, theatres and bars.

He joins Olympians Beth Tweddle MBE and Max Whitlock MBE in supporting the Championships, which will be one of the largest international sporting events ever to be held in the city. A total of 550 gymnasts from 75 countries will compete in the global event at the M&S Bank Arena, which takes place from 29 October until 6 November 2022.

Paul is also spearheading a competition for people to creatively reimagine the Championship’s logo, the ‘Worldpool’. Entrants have free rein to interpret it how they like; paint it in wild colours, make a cross-stitch version, or even bake a ‘Worldpool’ cake, there are no limits. The winning artwork will be displayed at the event, and the creator will be rewarded with accommodation in Liverpool, provided by INNSiDE by Melia, and four tickets for the Apparatus Women’s and Men’s Finals.

The winner will be picked by a creative panel of judges including ambassadors Max Whitlock MBE and artist Paul Curtis, head of audiences at Tate Liverpool, Jemima Pyne, and designer Martin Boath - part of the team behind the Championship’s brand. 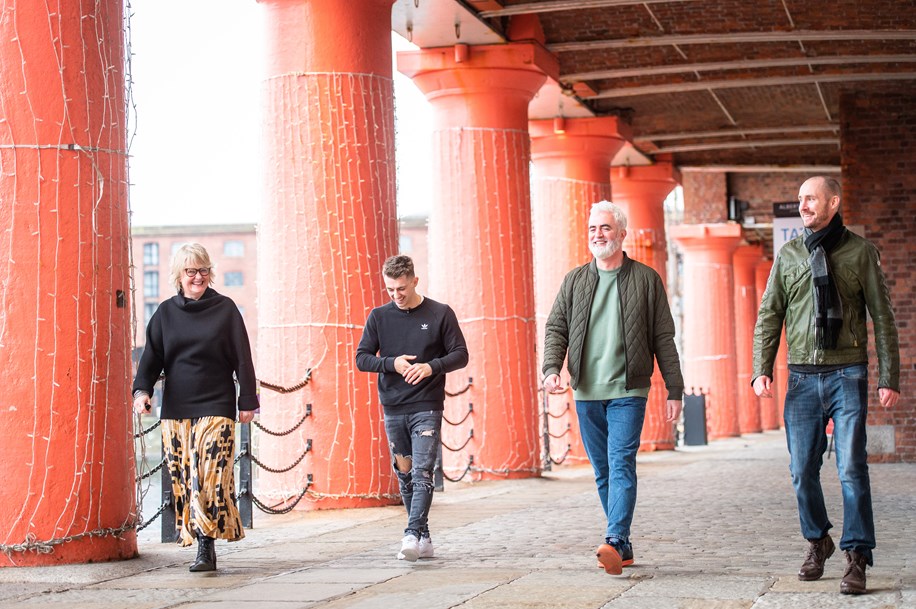 Creativity is a fundamental element in Liverpool’s character. That creativity comes in many forms – visual expression, musical talent, or through athletic achievements. I’m very proud to be supporting this fantastic event, which will attract the greatest gymnasts around the world to our famous waterfront and can’t wait to see how people reimagine the Worldpool for the competition.

I think all gymnasts have a strong creative side, which drives them to express themselves in competition. I certainly do, which is why I’m delighted to be involved in judging this competition. The excitement is in how open the brief is; I don’t have any idea what kind of entries we will receive, and what avenues people will choose to explore.

This is the next step on our journey to getting people involved with the Championships. An event like this doesn’t just take place over nine days, the build-up and legacy are equally important. When looking at the ambassadors we wanted to have, we knew that someone who encapsulated creativity was one of them; and who better in Liverpool than Paul Curtis, whose artwork is so visible and beloved of locals and visitors.