You are using an outdated browser. Please upgrade your browser to improve your experience and security.

The team will be going for an unprecedented treble as they seek a third team gold in the calendar year having triumphed in that event at both the Commonwealth’s and European’s.

Joe from City of Birmingham will lead the British challenge in the all-around, fresh from making history in Munich, becoming the first British gymnast to achieve such a feat. He’s also a former parallel bars world champion, so will have a medal on that apparatus in his sights.

Speaking about a home Championships, Joe said: “It’s been such an incredible year so far and this is the big finale. I’m just really excited to get out there with the team. We’ve seen how the crowds have got behind us this year, and with it being in Liverpool having competed at the British Championships there for years, we know the atmosphere will be electric and how much that support is going to drive us all on.

“We’re very excited and motivated in the gym, training as hard as we can and just can’t wait to get to Liverpool.”

Jake from Huntingdon has had a summer to remember. A reserve for the Tokyo Olympic Games, he made his mark in Birmingham, winning a history-making four gold medals for Team England before adding two more gold medals at the European’s.

Jake added: “Being part of this team is very special and after two major championships back-to-back, going into this World Championship together feels like a big moment. Over the past year we’ve come together and bonded. The way we support each other inside and outside the gym is like a family.

“I’m super excited to be back in Liverpool too. The home crowd in Birmingham were amazing and it is truly a different experience competing with that support and energy.” 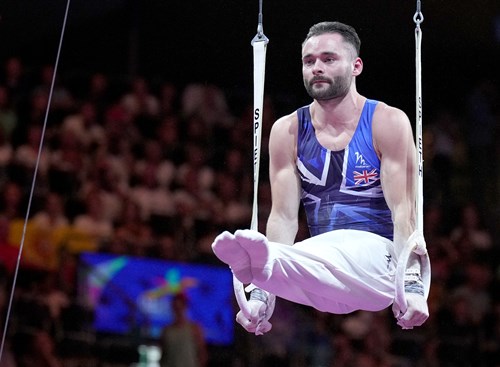 A regular in British teams for several years, James from Pegasus has been a key part of the continued success GBR have had. A multiple major championship medallist, including Commonwealth all-around silver this summer, sees him go into the worlds in good form.

James said: “After the summer we’ve had which has been so good, I’m still on a high from it and to now be selected for the World Championships feels incredible. It’s a chance to be back out there with the boys doing what we do best in front of a massive home crowd.

“Training is going well, I’m feeling fit and healthy and ready to go. For me it’s all about the team event. That’s at the forefront, to continue that success for our country.”

An excellent all-around gymnast who excels on floor, vault and parallel bars, Giarnni from Pegasus has won six medals of his own in the past two months and will be back, as will Courtney from South Essex. He too played a pivotal role this summer and will be looking to impress, particularly on vault and rings. 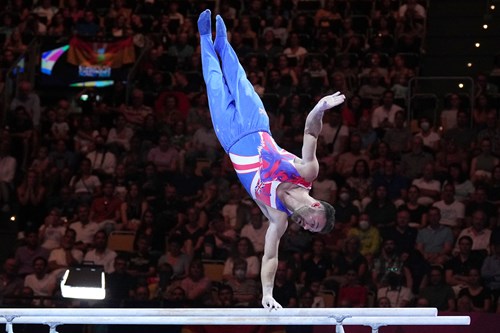 Speaking about being selected, Giarnni said: “There’s no feeling like it, to be selected to represent your country is always a huge honour and I’m massively excited to compete in Liverpool.

“For me the World Championships is the biggest competition out there, its every nation the very best gymnasts so it’s the biggest test and I see it as the pinnacle of gymnastics.

“It means everything to me having a home crowd support us. It’s incredible to hear that roar when they announce GB, it makes me proud to be British and that’s what I love.” 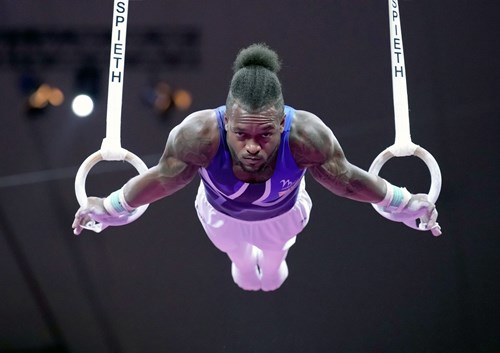 Courtney added: “This is the big one! To be picked for the team is job one done, now we have a lot of hard work to do as we want to be at our very best for the home crowd in Liverpool.

“Obviously, we’ve had a really good year so far, but we know the Worlds is a whole different ball game, but like I’ve said plenty of times before, I believe our team is one of the best in the world and we’ll be ready to prove it. It’s going to be insane.”

The British men’s team will compete in qualifying session 4 (Q4) in Liverpool on 31st October. Tickets are still available.